Do you think you may own a painting by LeRoy Neiman? We perform art authentications, art appraisals, art research and provide Certificates of Authenticity (COA) as well as consultations, for all paintings by LeRoy Neiman. 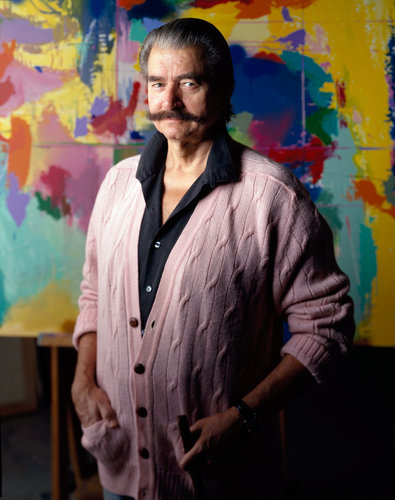 One of the most recognizable modern American artists, LeRoy Neiman is known for his Expressionist paintings of sporting events, travel, leisure, and famous personalities. Influenced by the Impressionists, Fauvists, and Expressionists—especially Jackson Pollock—Neiman used a wide range of media in his work, including enamel, oil, watercolor, pencil, pastel, serigraphy, lithography, and etching. Considered by many as the first major sports artist, his colorful and energetic compositions are perfectly suited to capture and convey the movement and energy of athletic competitions. 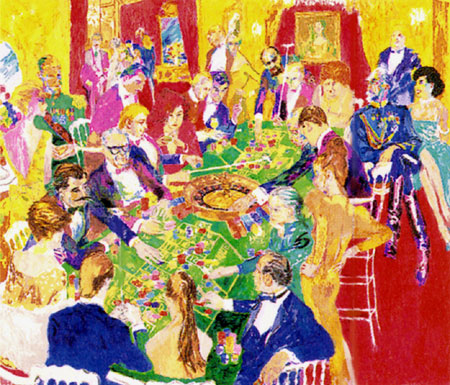 Dropping out of school to join the Army, Neiman served as a cook during WWII and painted murals for various Red Cross shows. After,he studied at the St Paul School of Art and The School of the Art Institute of Chicago, both on the G.I. Bill. Following his graduation he taught classes that the Art Institute for over a decade. While working as a freelance fashion illustrator for the Carson Pirie Scott department store chain he had a chance encounter with a young Hugh Hefner who was then working as a copywriter. 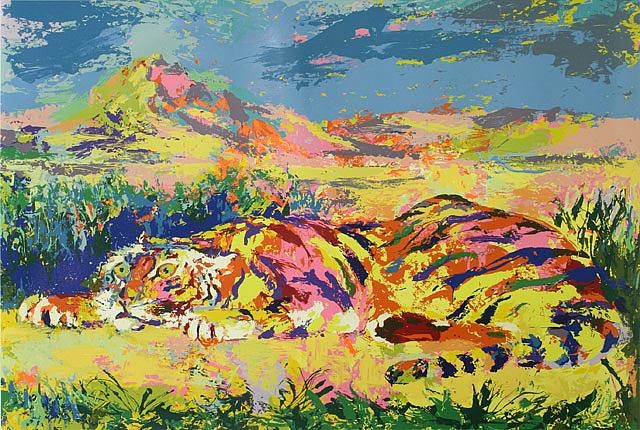 This meeting proved to be fortuitous, as shortly after, for the fifth edition of Playboy, Hefner commissioned illustrations for his newly-created magazine.Neiman created the Femlin character, named after a play on the words female and gremlin. Miniature in size, these female sprites were dressed inblack opera gloves, stockings, and high heels, and nothing else. 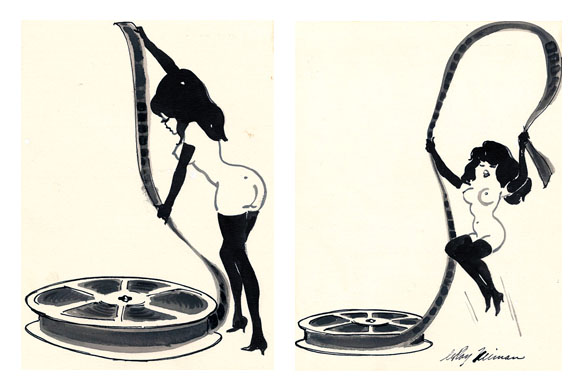 The characters were immediately popular and have accompanied the Party Jokes pages ever since. Neiman also created a column entitled “Man at His Leisure” with text and accompanying illustrations of his travels to exotic locations and the hottest nightlife of the 1960s. 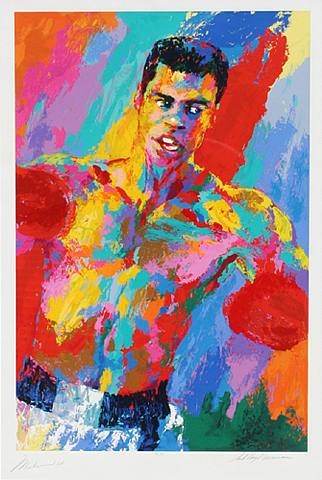 Muhammad Ali: The Athlete of the Century, 2001

Concurrent with his work at Playboy, Neiman began painting scenes from parties and concerts, depicting a jet-set lifestyle filled with celebrities. He was also commissioned to paint various sporting events around the world, including the Olympics, the Super Bowl, the World Series, the Kentucky Derby, the PGA, the Masters, the Ryder Cup, and Wimbledon, to name a few. Given the subject of such affluence, the artist fashioned himself as a new Toulouse-Lautrec, Renoir, or Degas, who were inspired by contemporary life in bars and at parties.His work was immediately successful financially, earning him millions annually, but, given the commercial nature of his work,the critics never received Neiman favorably. 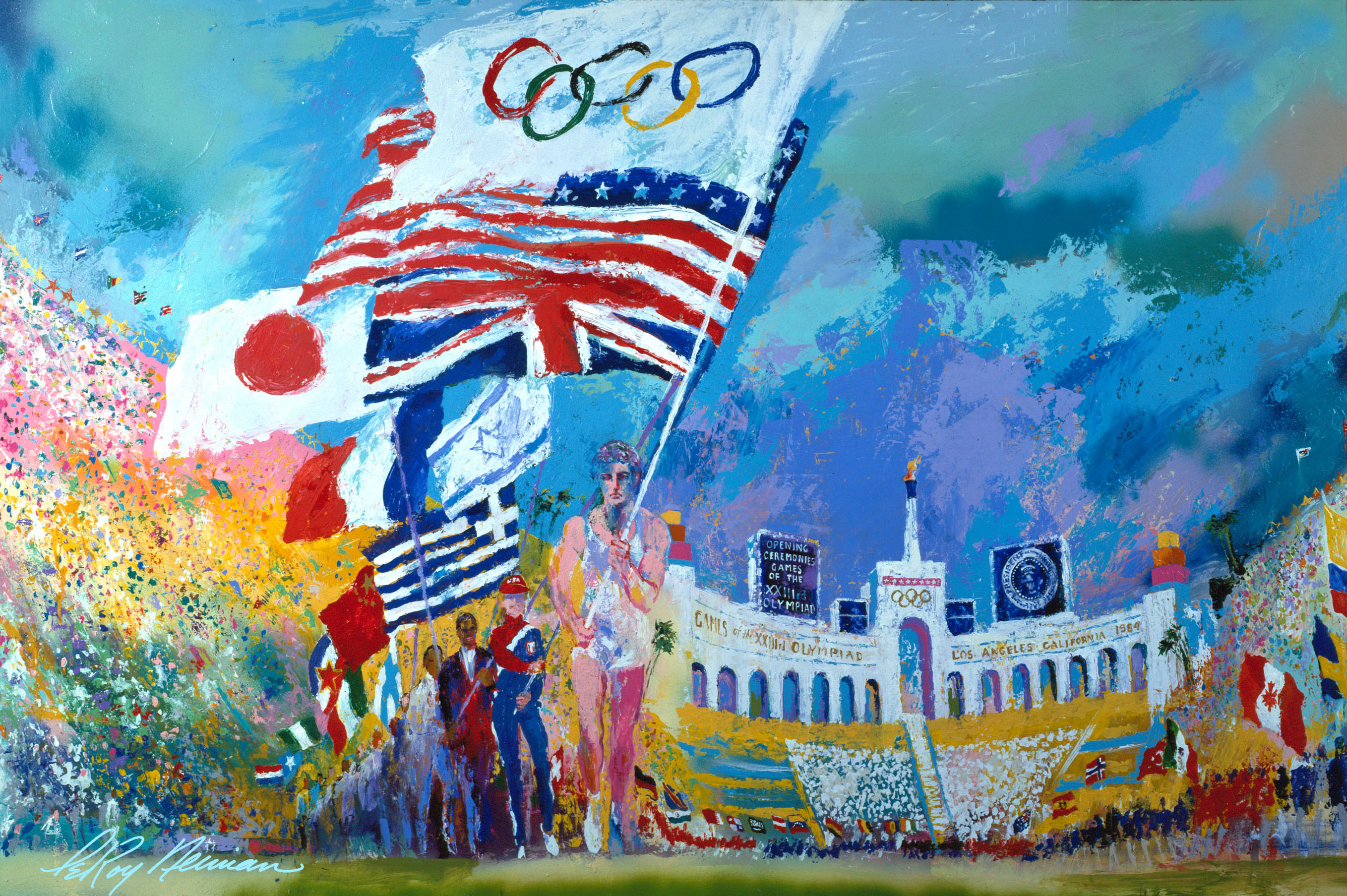 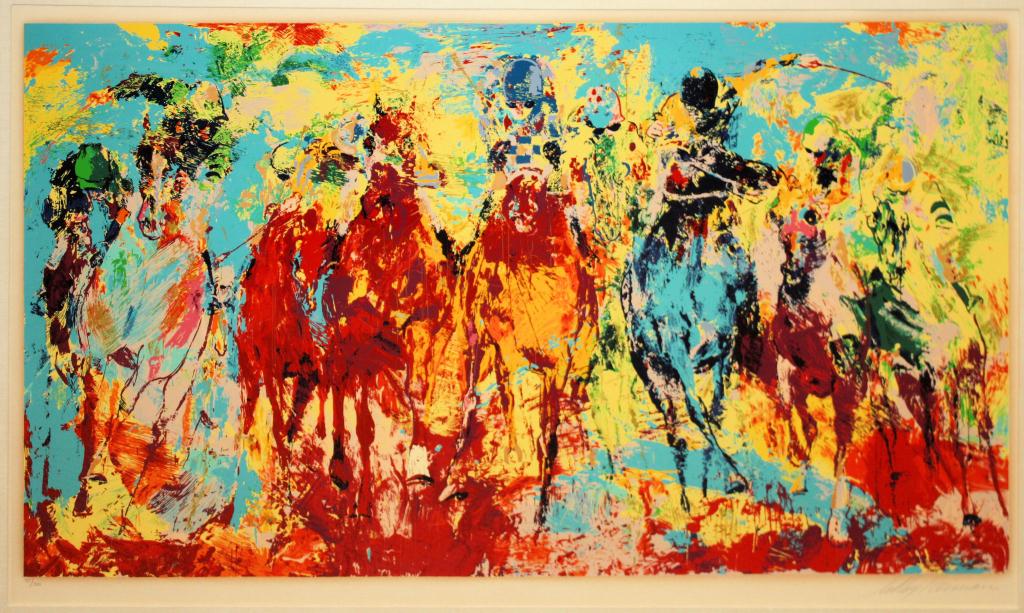 He has written twelve books on art, and has been awarded five honorary doctorates. His work is displayed around the world in collections prestigious museums including the Smithsonian, the Whitney Museum of American Art, the Brooklyn Museum, the Museum of Fine Arts in Boston, the Hermitage State Museum in Russia, and the Wadham College Collection at Oxford. His autobiography, All Told: My Art and Life Among Athletes, Playboys, Bunnies, and Provocateurs, was published just before his death in 2012.